I was trying to edit a .txt file on my FTP using FileZilla but got a weird Opening failed error that I’ve never seen before. It wrote:

Fortunately, I solved it quickly, and I wanted to share the fix with you.

Here’s what you need to do.

Open up the settings by going to Edit > Settings, then select Filetype associations found under the File editing section. 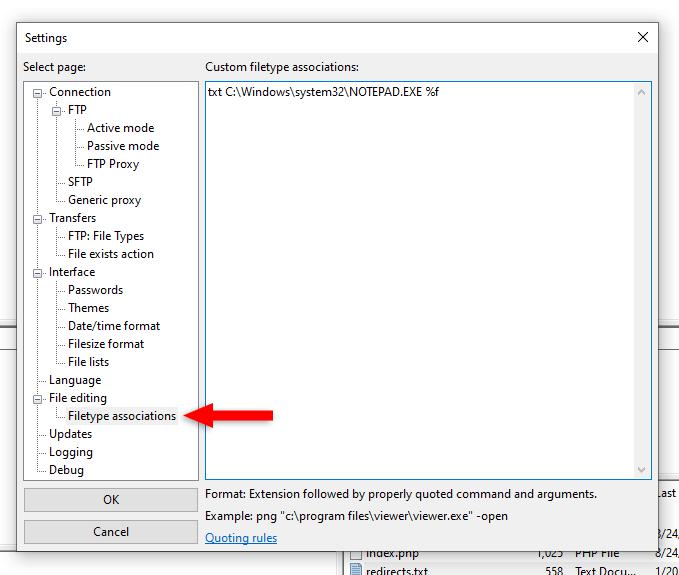 In the Custom filetype associations box, you need to have the extension type (e.g. txt) followed by the path to the program that opens it.

I already had the extension and path, but, as you can see in the above screenshot, it had %f at the end for some reason.

I don’t know what the hell it was, so I went cowboy and removed it 😄, leaving it simply like this: 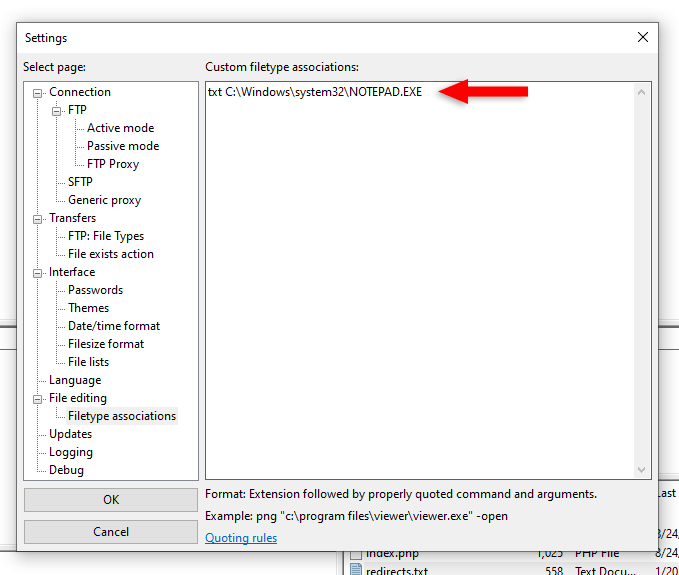 That change made the error go away, and I managed to open the .txt file with Notepad, since I’m on Windows, mind you.

BUT, I noticed that FileZilla added %f back afterward, and it still worked. It also automatically added the Notepad path to the CSS files using %f at the end.

Now, if you click the Quoting rules link found under the custom filetype box, you’ll see a mention about %f: 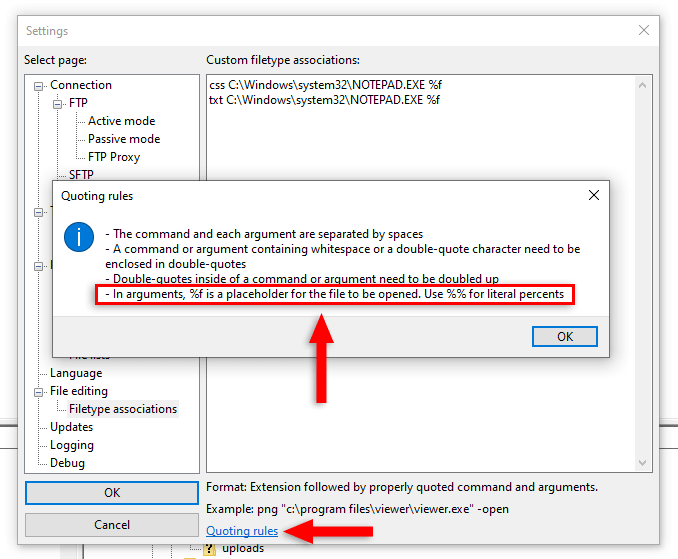 I don’t know what that means exactly. Maybe it refers to the -open flag mentioned by FileZilla in the Format example found above the Quoting rules link.

You should also try that if removing %f didn’t work for you, as it did for me. So, you could try adding your custom filetype associations like this:

Maybe this will do the trick for you.

I hope that this guide helped you fix the “No program has been associated on your system with this file type.” error in FileZilla.